The August 2020 CZU Lightning Complex wildfire burned over 97 percent of Big Basin Redwoods State Park, destroying nearly all the buildings and infrastructure in its 18,000 acres including the historical Visitors Center and signage. CGCI has long been a supporter of the Sempervirens Fund. At the 2021 Winter Board meeting, the Board of Directors approved supporting the Big Basin Recovery Fund. For information and details on donating go to Big Basin Recovery Fund. To learn more about the Sempervirens Fund, go to https://sempervirens.org. To register for a series of informative webinars about the redwoods go to https://sempervirens.org/learn/under-the-redwoods/ 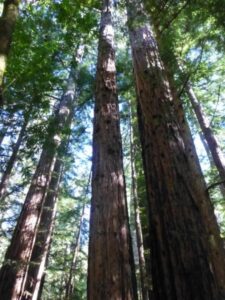 Redwood trees in Big Basin Sempervirens Fund in Action: How we protect and connect the local redwood forests… 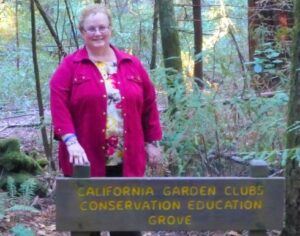 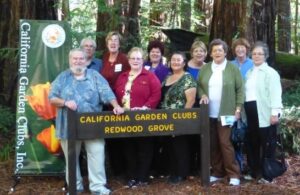 Excerpted from “The Diamond Years” by Rosa Radicchi, Sempervirens Fund Chairman From the beginning, Conservation has run through the history of California Garden Clubs, Inc. One of the precepts upon which the organization was founded was the protection and conservation of our natural resources, and among the important resources were the virgin stands of redwoods and big trees which were then being destroyed by commercial interests. Working through the years with Save-the-Redwoods League and Sempervirens Fund, the garden clubs have purchased acres of redwoods and transferred the ownership to the State Parks Department in order to preserve them forever in the public domain for the enjoyment of all, and have made innumerable contributions for honor and memorial trees. In 1937, the State Legislature designated the California œRedwood as the official State Tree. The ancient forests of redwoods, which once flourished over most of the Northern Hemisphere, have reached their last stand on the Pacific Coast. Sequoia sempervirens, or redwoods, are straight, towering trees found along the northern coastal plane, while Sequoia gigantea, or big trees, which have tremendous girth, are found in the central Sierra Nevada.