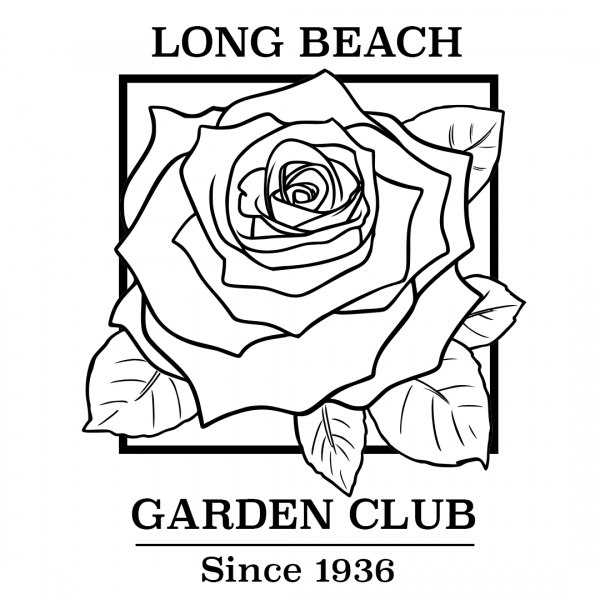 Please join us the 3rd Wednesday of each month from September through June:
In person meetings start at 9:45 am and are held at St. Gregory’s Episcopal Church in the Parish Hall. We hope to see you at our next meeting.
St. Gregory’s Episcopal Church
6201 E. Willow St. (Willow & Palo Verde)
Long Beach, CA 90815
We encourage new members to join the Long Beach Garden Club and learn about native planting, wildlife and habitat conservation, as well as flower-arranging, and all aspects of gardening at our monthly meetings and tours. Visitors are always welcome. Click on the above “LBGC Programs & Activities” link for more information about upcoming programs and activities.

Questions? email us at longbeachgc@cagardenclubs.org

The Long Beach Garden Club was organized in 1936 by our first President, Francis Wilson. We intended to promote an interest in amateur gardening on all levels and encourage conservation. During our 80+ years our club has made numerous contributions to the beautification of the city of Long Beach as well as to the preservation of our natural resources in California. A contest was begun in 1940 giving a prize to the most beautiful front yard in the city, but the contest was interrupted by World War II. It was then that we began to promote “The Victory Gardens”. Members guided and encouraged residents of the city to grow food for their families. The club also planted Jacaranda trees on 14th Street between Pacific Avenue and Long Beach Blvd. We also provided and landscaped an area for WACs stationed at our local air base.

During the 1950’s members provided many programs including horticulture, flower-arranging, conservation, bird watching, etc. We actively campaigned against the erection of bill-boards and littering, and helped in the development and of beautification of roadside rest areas. In the 1960’s the club cooperated with the Long Beach Hobby Council, providing exhibits of potted plants and cut flowers, and flower-arranging demonstrations. LBGC began supporting the Penny Pines program, a state program that provides for the reforestation of national forests within California. We also supported the newly established South Coast Botanic Garden, a garden created on a trash dump site.

In the 1970’s members participated in the Fifth World Orchid Congress held in the new Long Beach Arena. The Long Beach Beautification Committee was formed and club members assisted in this project until it was disbanded. At the end of the 1970’s LBGC was involved in the development of the Japanese Garden on the campus of California State University at Long Beach. Along with other members of the CGCI Costa Verde District, we turned over the first shovels of dirt on the garden site. The club also staged the first Garden Club  Flower Show aboard the Queen Mary in conjunction with the Long Beach Heart Association. LBGC provided small plant “tray favors” for patients on holidays and birthdays at Long Beach General Hospital as part of the Meals on Wheels program.

In the 1980’s, the club produced several award-winning flower shows. Members continued to support the Penny Pines program with annual plantation purchases. Commemorative stamps were collected to aid the Nature Conservancy with the Baldwin Lake Preserve to save the bald eagle. From 1936 through 1989, the club planted 27 trees in Long Beach Parks. In June of 1986, members dedicated a Blue Star By-way marker on the grounds of the Long Beach VA Medical Center, the first By-way marker to be placed on VA property.

During the 1990’s the club began supporting a re-cycling program. 7 trees were planted at El Dorado Park and trees were planted along Willow and Oakbrook Streets bordering St. Gregory’s Church where the club has met for many years. LBGC also planted a cactus garden in the church’s parking lot. LBGC members toured the CSULB Japanese Garden, 20 years after breaking ground. The above LBGC history was compiled by Eunice Antosik, from “Our First Fifty Years”, and  by Rose Nelson.

LBGC is proud to support the CGCI President’s Project and the Sempervirens Fund to protect Redwood forests, in addition to the Penney Pines reforestation/forest education program for the Angeles National Forest. Locally, LBGC supports the El Dorado Nature Center which provides visitors a chance to experience grassland and forested habitats, home to foxes, turtles herons, hawks and other wildlife in the midst of a city of half a million people.

Beginning in the 2000’s, The Long Beach Garden Club philanthropic efforts have expanded to include support for the development and maintenance of Rosie The Riveter Park, including funding the planting of trees and providing volunteer work parties to prune roses, rake up pine needles, weed around plants, cut back bushes, and generally tidy up the landscape of this wonderful park. LBGC raises funds to support Horticultural students at Long Beach City College through scholarships and Horticulture Department funding. Beginning in 2020, LBGC has supported the Huntington/Seal Beach Chapter of the Surfrider Foundation in recognition of HB/SB Chapter programs on environmental issues: runoff, litter, and use of plastics that pollute beaches and oceans and endanger marine flora and fauna.